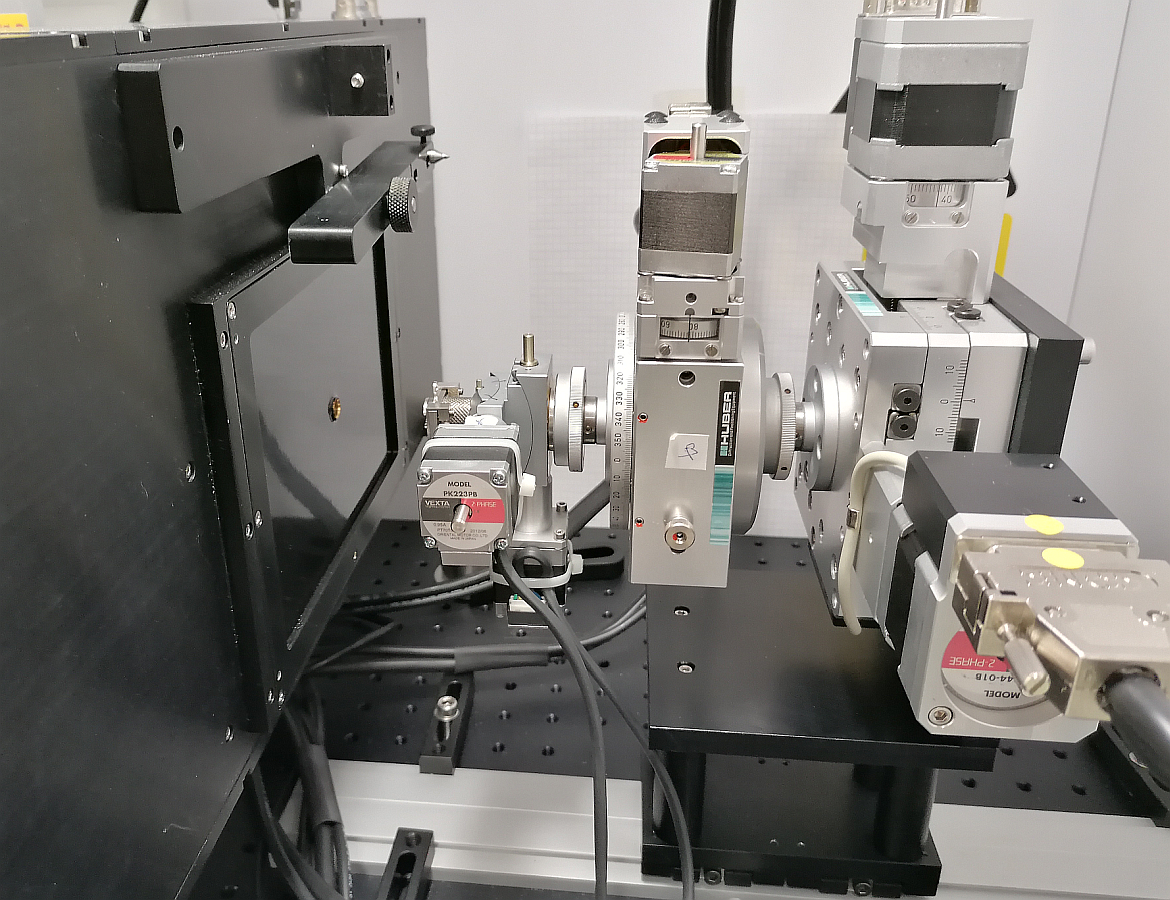 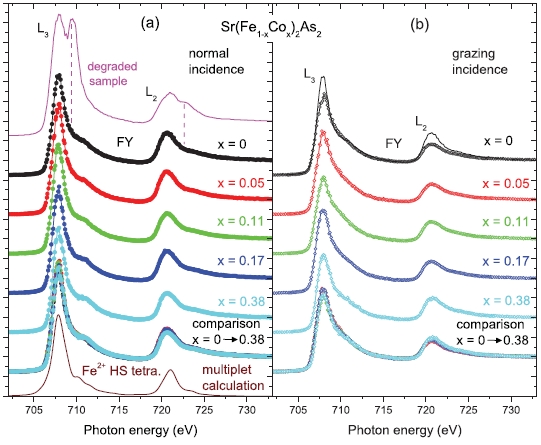 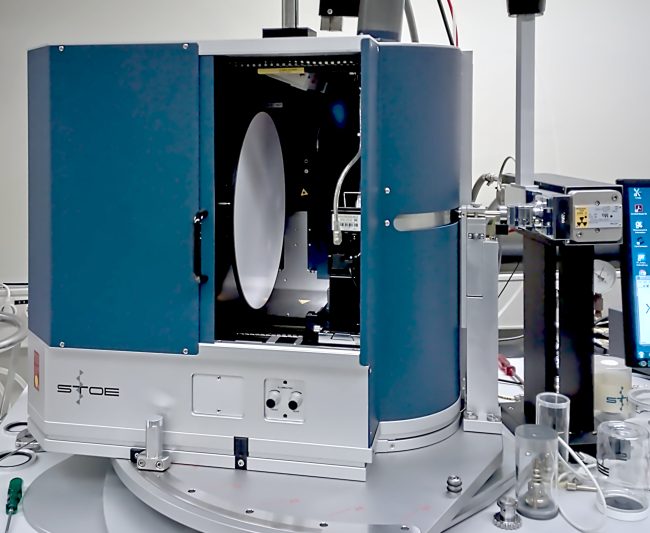 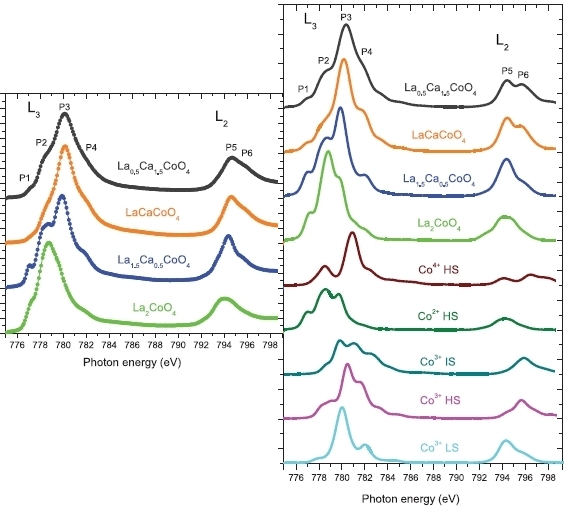 Electronic correlations in transition-metal oxides lead to a complex landscape of mutually competing structural, electronic, and magnetic phases. Their interplay can be varied by external parameters like chemical composition and/or doping, temperature, stress/strain, and dimensionality, often leading to novel and potentially useful functionalities. Examples include high-temperature superconductivity in cuprates as well as orbital ordering effects in manganites, ruthenates, and cobaltates. To gain a fundamental understanding of such phases and the associated transitions we study in depth their electronic and magnetic structure.

The experiments are performed at IFP′s soft x-ray analytics facility WERA at the synchrotron light source ANKA on site. With photoemission (PES) and angle-resolved PES (ARPES), the occupied electronic structure, band character, and Fermi surface are accessible; resonant PES (RESPES) is element specific. X-ray absorption (XAS), in particular near the absorption edge (NEXAFS) gives the unoccupied electronic structure and orbital character; magnetic dichroism (XMCD) sensitively probes spin states as well as spin and orbital components of the magnetization. Imaging with lateral resolution down to 100 nm and microspectroscopy is possible in a photoemission electron microscope (PEEM). All methods are (or will soon be) interconnected in ultrahigh vacuum (UHV), also for being mutually accessible from various in-situ preparation chambers for, e.g., epitaxial thin-film growth by pulsed-laser deposition (PLD) and by evaporation, or for carbon-based and other nanosystems. This ′integrated approach′ to instrumentation and preparation is at the core of WERA′s design. It allows the user to prepare his/her samples and to study them with a combination of complementing electron spectroscopies, each emphasizing a different aspect, yet all in one instrument and without having to expose the samples to air or other possible contamination.

With a bending magnet as the light source, the beamline covers photon energies between 100 and 1500 eV, providing high flux at high resolution as well as circular and linear polarization. In the near future an undulator can alternatively be utilized as the light source, further increasing flux density for demanding experiments.

Beamline and experimental stations are also user facilities embedded in ANKA′s beamtime application system. Calls for scientific external proposals are posted twice a year; applications are rated and beamtime is awarded by an independent review panel. More than 50% of the beamtime is awarded to external users. Vice versa, WERA′s wide experimental base is to a substantial extent due to long-term cooperations with strong external partners: for instance, the PEEM is provided through a cooperation contract with the manufacturer (Focus GmbH), while the XMCD chamber is contributed by the Max-Planck Institute Stuttgart (Prof. G. Schütz, PD E. Goering).